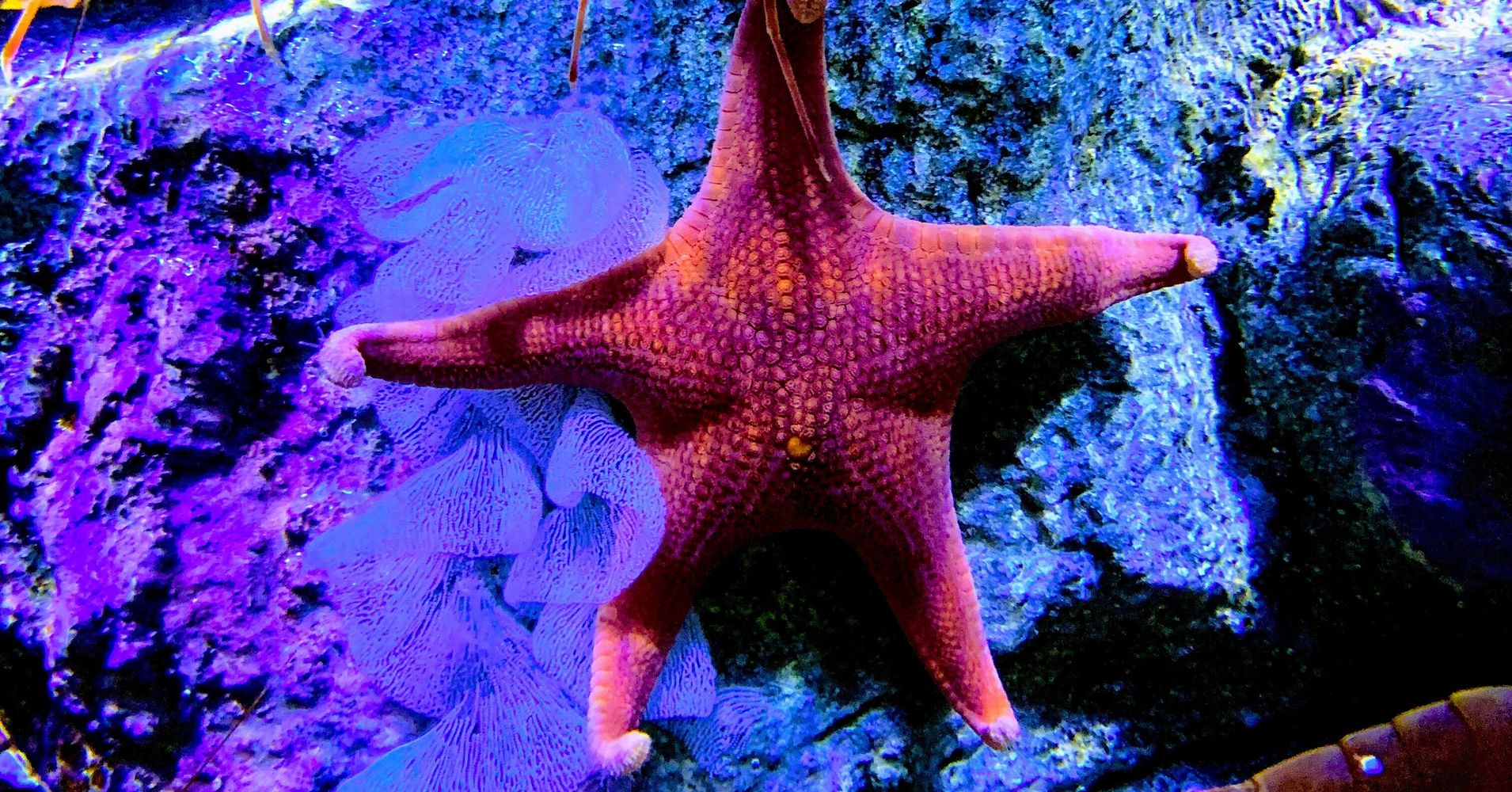 A sea star at a Californian aquarium has gone viral thanks to a cheeky photo.

The pic that Twitter user @BabyShouJo posted on Sunday shows a vermillion sea star showing off what look like very ample “assets.”

Saw a thicc ass starfish at the aquarium today 😌 pic.twitter.com/NwF0xYabHQ

Yes, the photo makes it look like the starfish’s got back — to paraphrase the sage words of ’90s-era rapper Sir Mix-a-Lot — but marine wildlife experts at the Aquarium of the Pacific in Long Beach, California, where the sea star lives, threw cold water on that notion.

Nate Jaros, the aquarium’s curator of fish and invertebrates, told USA Today that the so-called “butt” is actually the creatures’ arms:

“In this photo, the sea star is on a vertical rock face with two of its arms holding the rock and two arms hanging in a relaxed position. Sea stars sometimes relax their arms such as when they are eating.

“Since the sea star is oriented vertically, gravity is causing its internal components to slump.”

Vermillion sea stars are typically found near low-tide lines and on the rocky sea bottom in the eastern Pacific Ocean from Baja California to Alaska, according to LiveScience.com.

Although they are commonly called starfish, they are actually echinoderms, a group of creatures that includes sea cucumbers, sand dollars and sea urchins.

The sea star may not really possess a booty, but the internet still grabbed on to the photo — no ifs, ands or buts about it.

We all know how he got that ass. pic.twitter.com/hHFm9OKJkP

HuffPost reached out to Sir Mix-a-Lot because, under the circumstances, wouldn’t you?

He did not immediately respond, possibly because he “don’t want none unless you got buns, hon.”

Help us tell more of the stories that matter from voices that too often remain unheard.