A woman filmed licking a tub of ice cream before putting it back in a supermarket freezer faces up to 20 years in prison.

The footage – which has been viewed more than 11 million times – is believed to have been shot in a branch of Walmart in Lufkin, Texas.

A police statement said: “Our detectives are working to confirm the identity of the female suspect seen in a viral video of her licking a half-gallon of Blue Bell “Tin Roof” ice cream in a Lufkin Walmart store around 11pm, June 28.

“Once her identity is verified, detectives will proceed with getting a warrant for her arrest on a charge of second-degree felony tampering with a consumer product.

“As that portion of the investigation continues, detectives are focusing on identifying the male (in the green shirt) behind the camera seen in images of the two entering the store together.”

The statement added that Blue Bell has “pulled all half-gallons of “Tin Roof” from Lufkin Walmart shelves”. 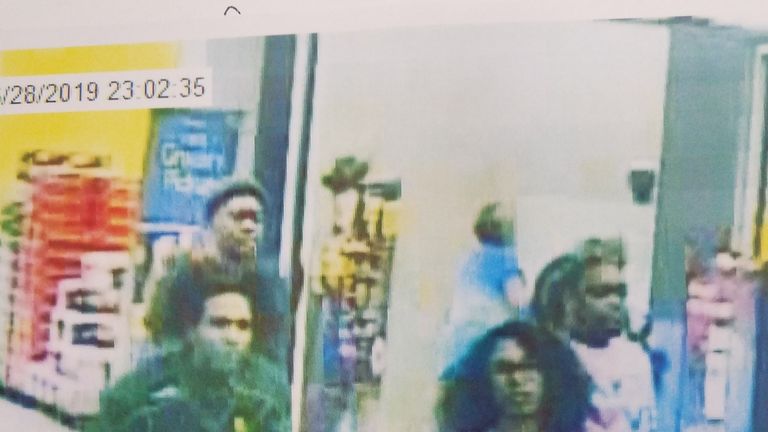 Image: Police also want to trace the man in the green top

Lufkin Director of Public Safety Gerald Williamson said: “Our biggest concern is consumer safety – in that regard we are glad to see the tainted product off the shelves.”